UTB embarks on inspection of tourism facilities in Eastern Uganda 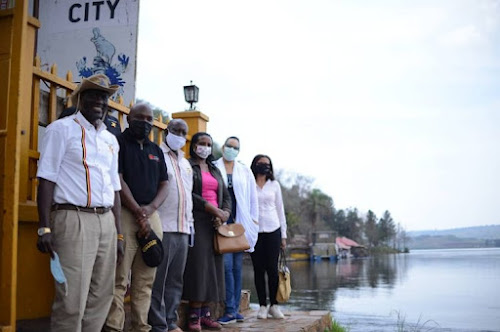 ‘Tourism sector in need of some digital innovation’ 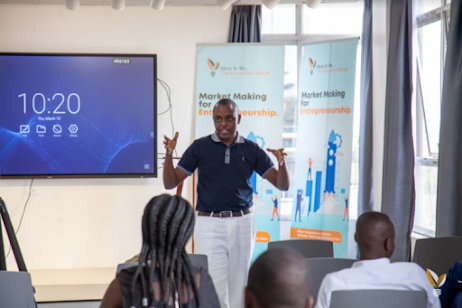 Before COVID-19 virus arrived in Uganda , the tourism sector was registering a steady rise in foreign exchange from tourists . According to the Annual Tourism Sector Performance Report for Financial Year 2018/2019, revenue rose from $1.45 billion in 2017 to $1.6 billion in 2018. Owing to this growth, in the same report, the sector accounted for 7.7 per cent of the national gross domestic product and 6.7 per cent of total national employment through creating 667,600 jobs. With government committing to spend Shs181 billion in the tourism sector in the next financial year. Vivian Lyazi, the tourism manager at the Ministry of Tourism says that the allocation to the sector has been improving over the years however with the impact of COVID-19 pandemic on all sectors there has been spending rationalisation. “We are also engaging the development partners and other government agencies to develop policies and packages that cushion the sector from the adverse effects of the pandem
Post a Comment
Read more

Tourism companies to get one movement permit during lockdown 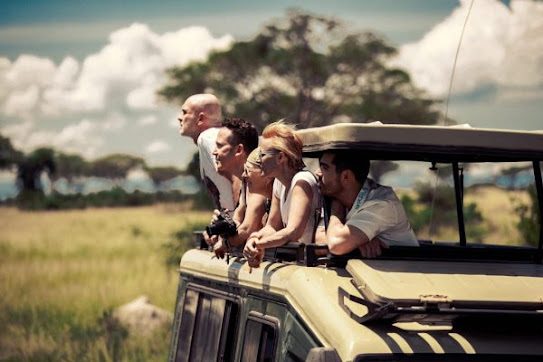 Uganda Tourism Board (UTB) has revealed that movement permits for the private sector tourism vehicles shall be restricted to one vehicle per company.   The revelation is made in reference to the presidential directives announced on 18th June, 2021 to curb the surge in COVID-19 cases in the country. Uganda is grappling with a second wave of the deadly Coronavirus that has so far claimed lives of 660 Ugandans. On Friday, President Yoweri Museveni announced several stringent measures to contain spread of the virus including ban on social gatherings, public transport among others but allowed movement of tourists across all destinations in the country. According to the statement released on 21st June 2021, by UTB Chief Executive Officer, Lily Ajarova, all stakeholders in the tourism sector with melted and compelling special movement needs shall henceforth submit their requests for movement permits to UTB. Ajarova says the requests shall then be forwarded to the Ministry o
Post a Comment
Read more 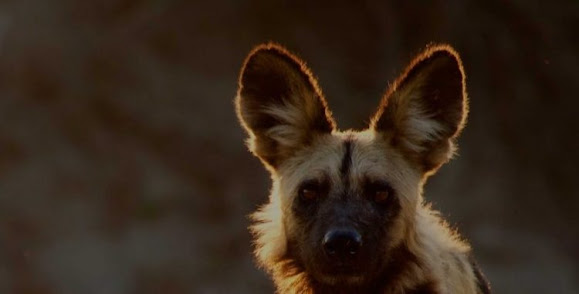 The African painted dog, also known as the hunting dog or African wild dog which has not been in Uganda for the last 10 years has returned to the country.   Speaking to the Jonathan Benaiah Podcast on Wednesday, Thomas Price, the Managing Director for Conservation Through Commercialisation centre(CTC) in Butambala revealed that they had imported a pair of the animals from South Africa. “I am happy to say we imported our first two African painted dogs from South Africa. They are the only African painted dogs in Uganda having got extinct 10 years ago,” Price said. Speaking about being extinct, Price, the Managing Director at the wildlife breeding centre in Butambala said there were some pockets of animals seen in Kidepo but noted there was no evidence to prove these were African painted dogs . “Currently they are as good as extinct because nobody has credible evidence of the animals. There were some rare sightings in Kidepo but we don’t know if they were the ones or t
Post a Comment
Read more 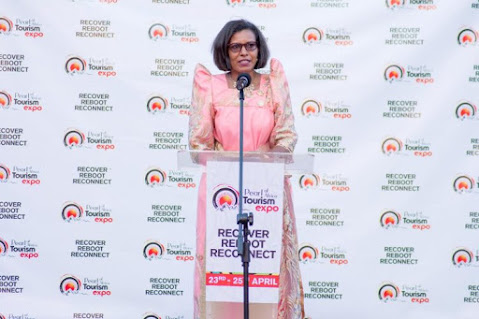 Uganda Tourism Board (UTB) CEO, Lilly Ajarova has urged all sector players to participate in the Pearl of Africa Tourism Expo (POATE) which she described as a rare opportunity as the country seeks to chat a way through which it can reboot the tourism sector. Uganda Tourism Board (UTB) CEO, Lilly Ajarova   Speaking ahead of the expo slated for April 27 and 29, Ajarova, said it was important that all tourism stakeholders and Ugandans at large push in the same direction to establish a sustainable way through which tourism will be rebuild. She noted that whereas there had been a lot of disruptions, it was time to leverage on the slight recovery in the economy to rebuild the sector’s resilience, which has been heavily tested. “I would like to urge all our tourism sector players to get involved in POATE 2021 , as we together seek to recover, rebuild, reconnect and reboot our tourism,” she said. According to the UTB chief, Uganda is now in a better position in which it can
Post a Comment
Read more
April 20, 2021 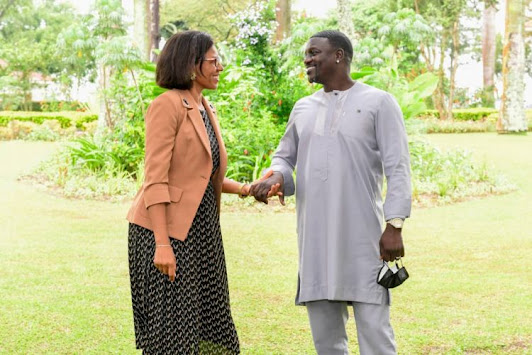 The Uganda Tourism Board has said they held talks with renowned Senegalese-American musician, investor, and philanthropist Aliaune Damala Badara Thiam, popularly known as Akon to increase the number of visitors to Uganda. UTB CEO- Lilly Ajarova with Akon   Akon last week completed his visit to Uganda in which he visited several tourist sites. Commenting about the talks, UTB CEO, Lilly Ajarova said she is optimistic they will bear fruits. “One of the key opportunities discussed with Rozina then, and again with the couple was an opportunity for a huge potential for a back-to-Africa (in this case Uganda) International Music Festival, ” Ajarova said. “We also discussed marine tourism - given Uganda’s abundance of water bodies, the redevelopment of the Equator—UTB has profiled up to 6 areas of investment as well as the construction of especially luxury accommodation facilities in and around our 10 National Parks in addition to a favourable business environment such as gove
Post a Comment
Location: Uganda
Read more

Uganda has the biggest tourism potential in Africa, says Akon 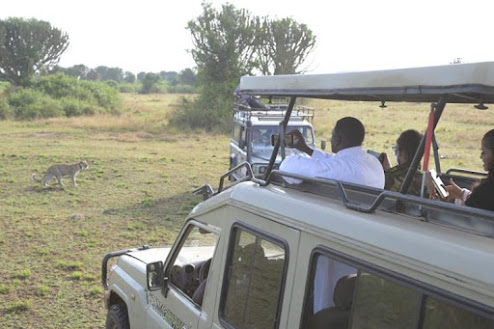 Renowned Senegalese-American musician, investor, and philanthropist Aliaune Damala Badara Thiam, popularly known as Akon has said his view about Uganda has greatly changed, courtesy of the four–day he has had.   Akon, together with wife, Rozina Negusei made an excursion with visits to Queen Elizabeth National Park and Bwindi Impenetrable forest where he tracked gorillas . The singer excitedly referred to himself as “ the papa of Gorillas ”. Speaking after the two excursions, he said he was elated by the warm welcome according to him while in Uganda. “ I have had an amazing time. Oftentimes I don’t get time to visit the country and have fun. Thank you so much for the warm hospitality in the past few days. I thank president for opening the doors and for making me feel super welcome and super safe. I am leaving determined to do something amazing,” the singer said. Nicknamed “ the pearl of Africa ”, Uganda is home to more than half the world’s population of endangered mou
Post a Comment
Read more
More posts